The nice thing about provincial parks is the 2:00pm check out. That gave us time to take a bus tour into the Natural Preserve. The bus tour stopped at several spots that the hike did not cover and the interpreter, bus driver, etc. was very informative.

Leaving Dinosaur Provincial Park we headed to Medicine Hat where the truck was given a much needed oil change. On the way to Medicine Hat we stopped at the Brooks Aqueduct that CP railway built around 1914 to provide water for south eastern Alberta. The aqueduct was used till the 1960s when it was replaced by a canal. 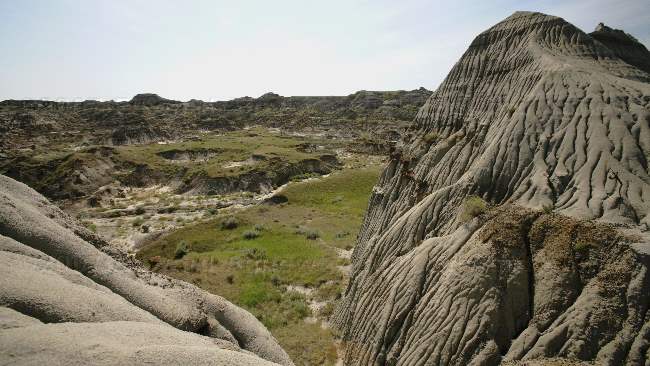 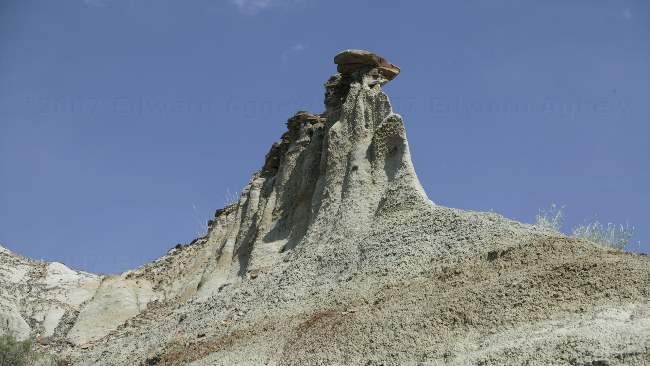 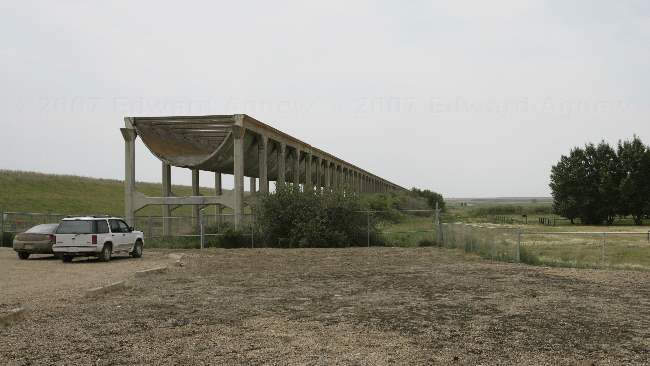 A portion of the aqueduct was removed here, but you can see how it went on and on and on ..... 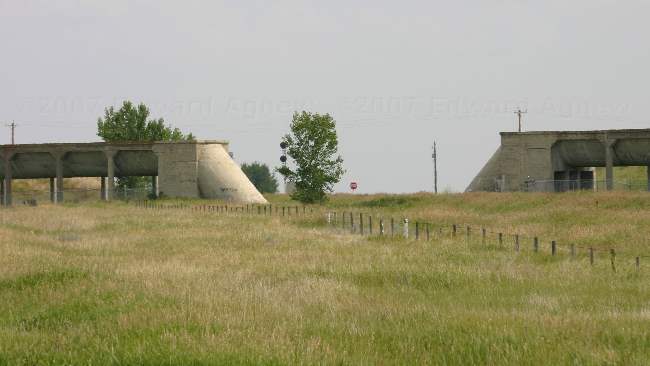 The aqueduct went underground to cross the railway tracks --- they didn't want to take the chance of the aqueduct collapsing 0n the tracks.