The artwork for Head-Smashed-In Buffalo Jump says it all. This is a spot, where for thousands of years, the natives maneuvered herds of buffalo over a cliff edge. A successful jump would provide food, hides and other necessities for several months if not for a winter for an entire tribe. 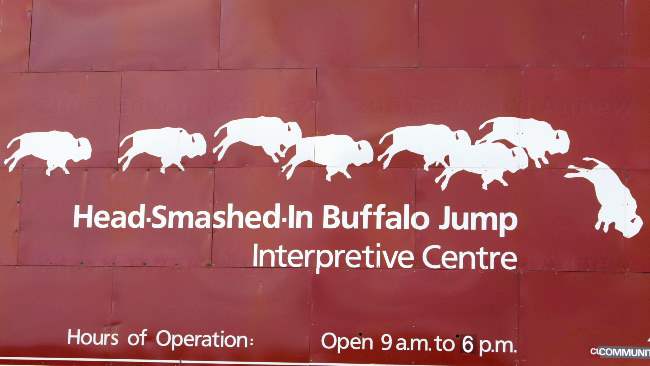 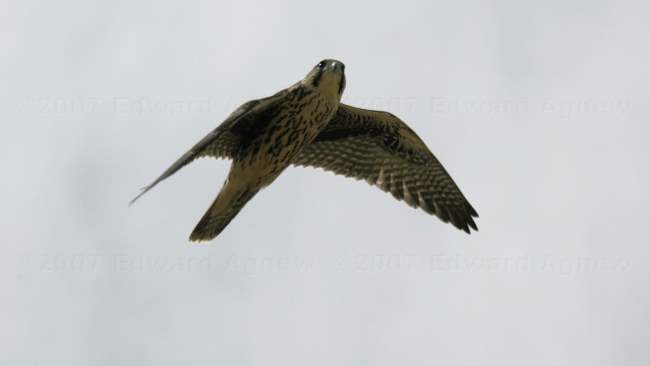 We think this is a falcon. There was a marmot lying on the cliff edge sunning when this guy flew over and decided the marmot looked tasty --- I think the marmot was as large as the bird. The bird dove at the marmot a couple of times before the marmot decided to evacuate the area. 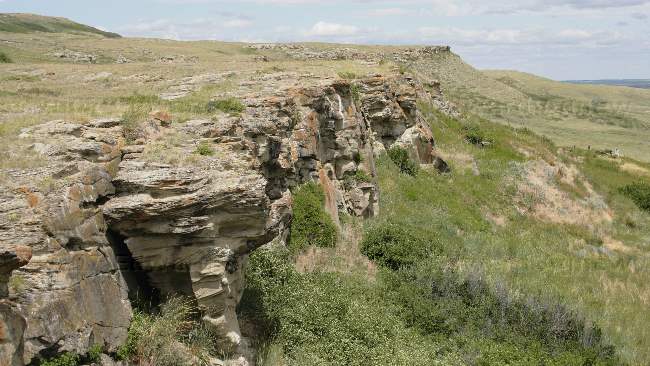 "The cliff" at the buffalo jump. Over the thousands of years the cliff was used the land below the cliff has slowly risen .... in part due to the bones left piled at the bottom of the cliff. 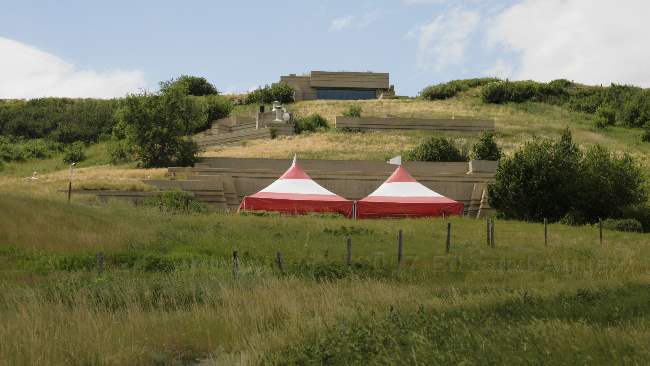 The interpretive center building is a work of art and literally blends in with the landscape --- a portion of the building is actually underground.