It had started raining late yesterday afternoon and was continuing to rain today. We decided that indoor activities were needed so we headed to Springfield (less than 1 hour away) where Bill and Sadie have their home. Bill drove around the city pointing out the highlights — a couple of universities, a technical college, a new park area built in the old downtown core and “the old money” area. We stopped at the “National Headquarters and the Granddaddy of all Outdoor Stores” (that’s what is said on the building) — Bass Pro Shop. I was amazed by this store — absolutely huge with indoor waterfalls, fish tanks, fish ponds complete with a couple of live ducks, wildlife displays, and a lot of neat merchandise that is related to hunting, fishing and outdoor activities. Somehow Ed and I got out of there without spending a lot of money.

On the way back to Branson, Bill drove us by an area that had been hit by a tornado on March 12. This had been a severe tornado that had stayed on the ground for about 40 miles. Several houses had been flatten, several other houses had the back half or roofs ripped off, many more were missing roof tiles or pieces of siding and lots of fences were missing. The power and unpredictability of a tornado really hit home when I saw rubble that was once a house beside a house that just lost a couple of roof shingles. 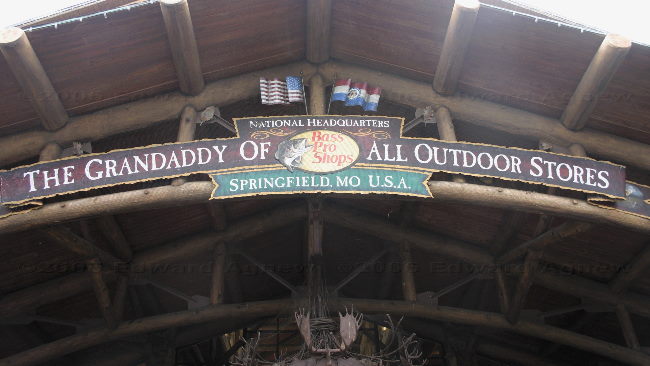 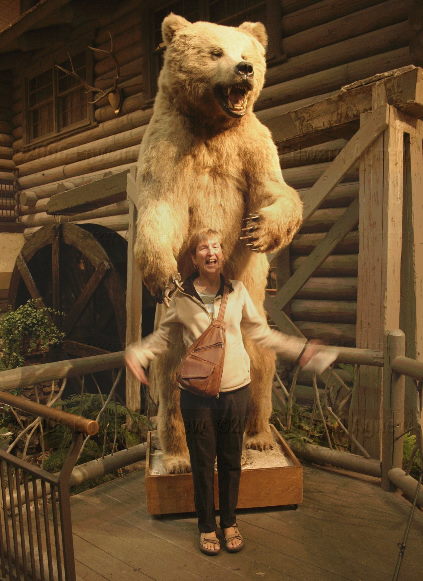 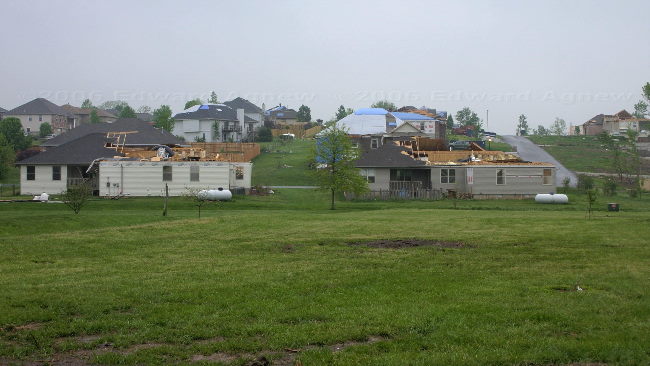 You can see the path the tornodo took. 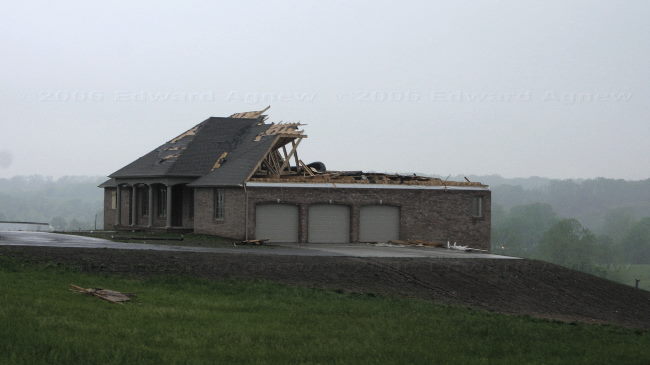 The brick work appears OK while the roof is mostly gone. 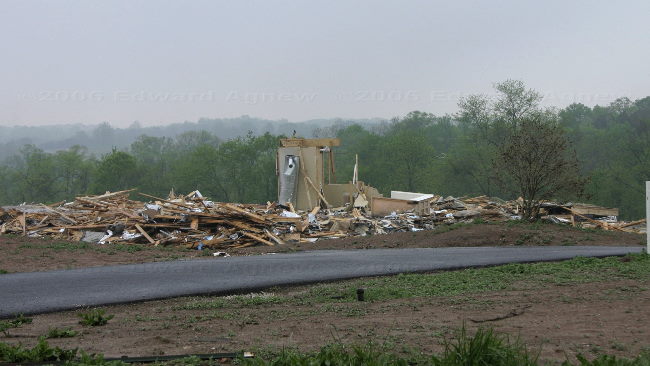 One piece of the house was left standing.

If you wish you can sign our guest book

Name:Edward, Frances and Zaphod Agnew
Location:somewhere, in the RV, Canada

Date Milestones
NOTE: These are NOT HOT LINKED, but at least will tell you what month to open in the Archives below

COPYRIGHT NOTICE. All text and Photographs are Copyrighted by E. Agnew, ©2005-2006 and may not be used without the permission of the author. All images contain watermarks, if you would like to obtain a good quality image file suitable for printing, see my stock photo page

To Send us an Email, Please use this form, (you must fill the form in before clicking the submit button otherwise we get a blank email)Thanks