Everyone has been so nice to us during our stay in the park this year and previous years we decided it was time to have a street party. The menu was simple .... sausages on a bun, baked potatoes with broccoli and cheese sauce. The guests brought either a vegetable dish or a desert. A few people did question what a Canadian meant by sausage on a bun ---- we have run into a few differences in terminology. Should have seen my fellow card players faces when I handed one of the them the deck of cards and asked them to "mix". 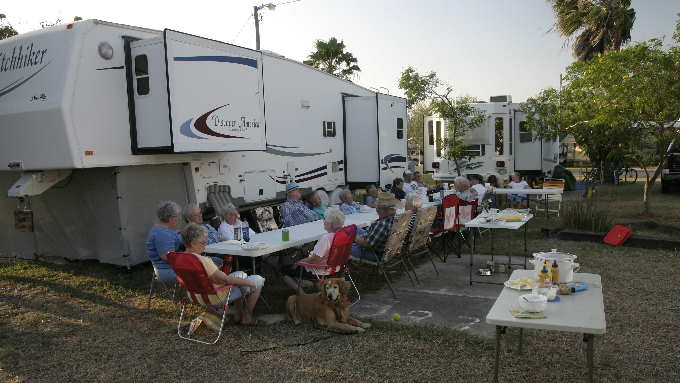 Zaph, as usual was in the middle of things. We were huddled over by our neighbours trailer because that's were the shade was --- yes the neighbour was invited.