The festival of lights is held each year in Hidalgo Texas which is about 15 minutes from Mission. Nine spots in town, including the city hall, parks, and court house were decorated. A number of private homes along the route were also decorated. 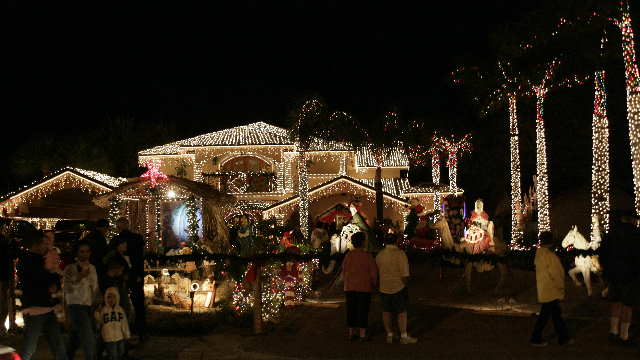 This home was across from the City Hall Plaza and seemed to be getting as much attention as the plaza did. 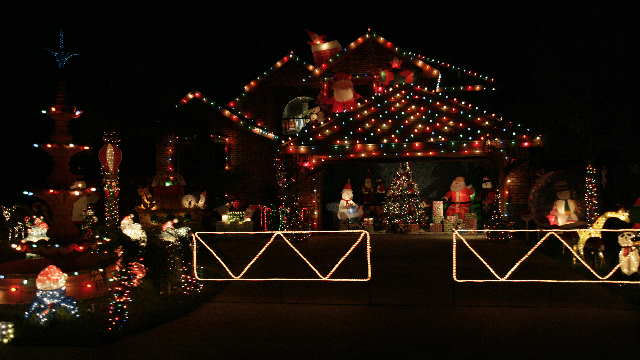 As you drove past this home you could hear music and watch the animated figures. 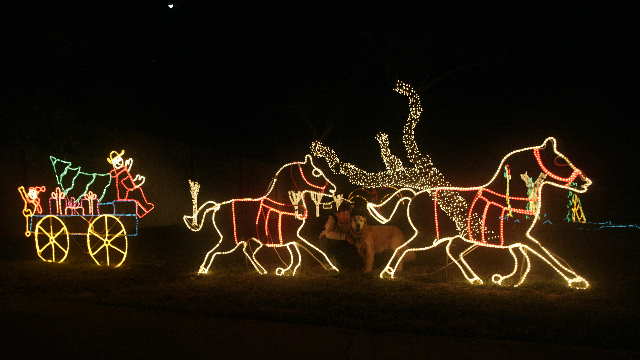 Zaph decided to pose with the horses .... unfortunately he forgot to wear his Christmas lights. 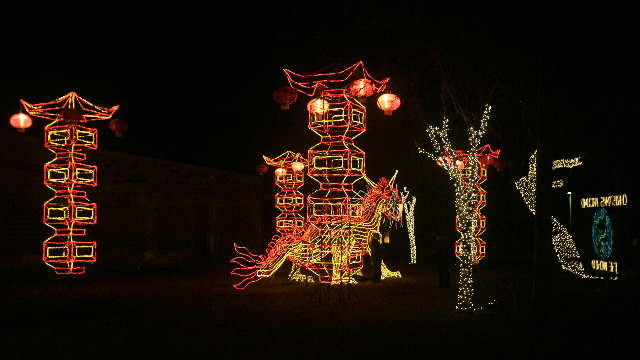 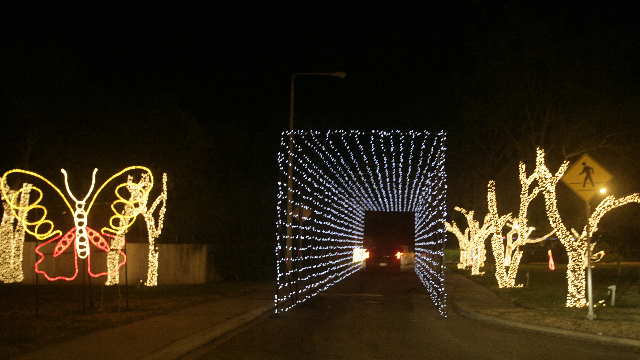 We had stopped by our friends Mark & Lynn's place to say hi and noticed that they had three dogs instead of the regular two. They explained they were puppy sitting "Bear" a 9 month Rottweiler/lab/German Shepherd/etc. mix. Mark takes take Bear out for exercise using a golf cart as neither he nor Lynn are all that stable on their feet. Having raised a large dog we know that they need a lot of exercise so we offered to take Bear when we took Zaph for a walk. The walks are generally uneventful except when we stop to chat and the dogs decide it's play time. 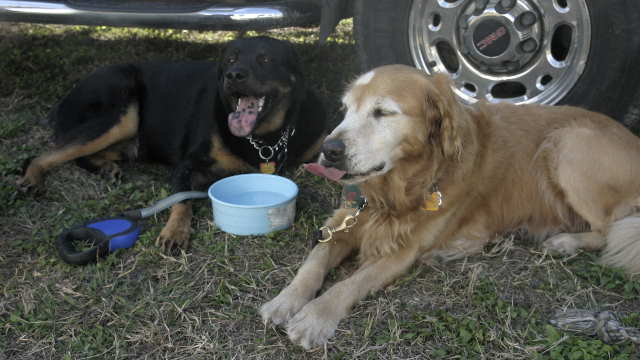 Having a water break .... this was one of the few warm days we've had so far this winter.

Christmas Eve means a program down at the rec hall. Betty did an amazing job again this year especially since some of her regular participants either went home for Christmas or were late coming down. 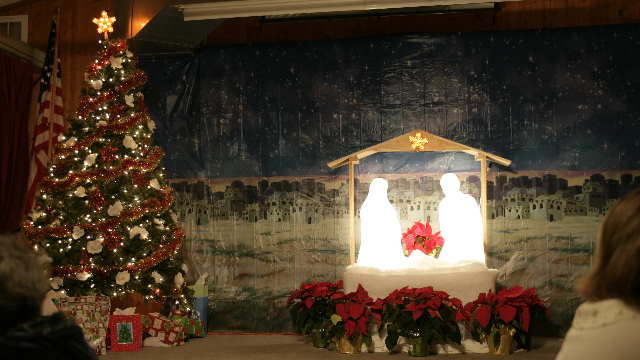 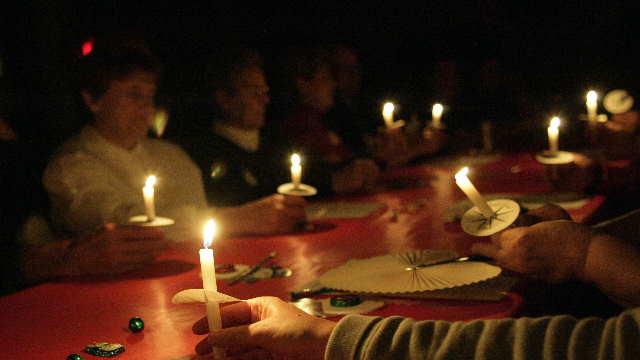 The lights are turned off and candles are lit giving the room a wonderful ambience.

Christmas morning in the trailer revolves around giving Zaph his presents....... 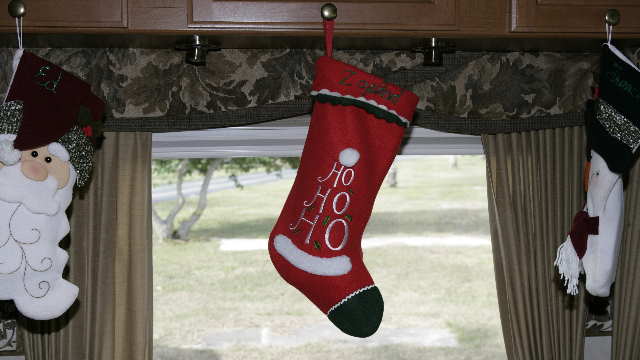 The stockings were hung by door knobs with care..... 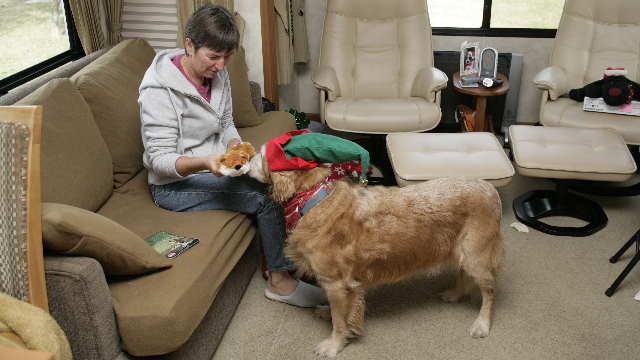 Elfphod checking out foxy. Zaph puts up with alot. We even made his walk around the park wearing his new hat .... thought it would be nice to spread some Christmas cheer 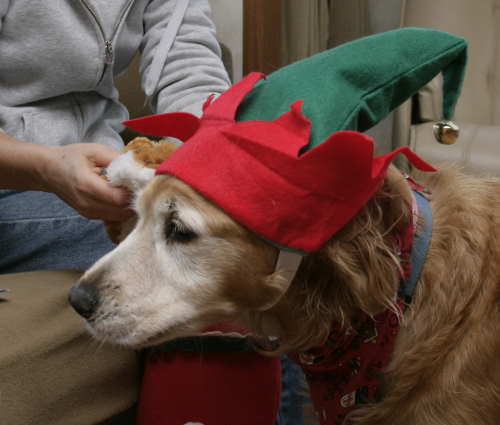 Not the happiest elf in the workshop

Christmas dinner was a pot luck at the rec hall for about 150 people. Everyone really out did themselves this year --- I think there was enough food left to feed another fify people. Santa and Mrs. Claus also made an appearance to hand out gifts to the park managers daughter and Jose's (park handiman) children. It was especially fun to watch the little girls (under 4 years old) reactions to Santa --- no fear at all.